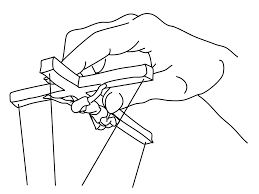 “Three men sat in their black swivel chairs, staring simultaneously at the large flat-screen in front of them…They watched with quiet, speculative intensity, the happenings on the screen”

Those are the opening lines of Puppets, a novella by Ivana Akotowaa Ofori, which I’d been patiently waiting for a good time to read. My initial plan was to do a thorough read, and share my views with the author, but you know that itch I get when reading that results in reviews? Yeah, I got that right after the first paragraph, and I knew it was going to be one of those reviews too that required extra discipline so I do not go on and on cos there is so much to say! (I’m already talking too much).

One thing about my mind and literature is how one calls on to the other; I read one text and if it is in anyway like anything I have read, it calls that text to mind. Sometimes it could be the slightest hint. Just that first paragraph brought George Orwell’s novel, 1984 to mind, and I’m tempted to elaborate on the similarities, but let me not. If you have read 1984, and you’ve read Puppets (if you haven’t, download and read) you will know what I’m talking about. Now let me get straight to what I want to touch on concerning this read before I veer off, smh.

NOW WHERE ARE THE HUMANS?

Here are three men, mind-controlling an entire school (of ‘human beings’, I’d like to add) and it takes a human being to get one of them (and it had to be the one named Thomas) doubting the entire set up and functioning of that control room.

“But then again, how were Matthew and Jude to understand, when each of them was both wifeless and childless? Neither had any idea how it felt to be responsible for another human being”

Pause. Read that last sentence again…huh? Pause…now a bunch of over 400 students, plus teaching and non-teaching staff, all of whom they are responsible for…and yet the sentence reads“Neither had any idea how it felt to be responsible for another human being.” Pause again. Ok…

So… Errr… What are they, the students and staff…? Takes you back to the title does it not?

But what I made of this beyond what it directly implied, was our world today, when terrible, terrible things are done by people to other people and thinking of it makes you sigh exasperatedly, “Humans!” but…are they? The author only gives us glimpses of how Thomas used to be from some of the things he says, and of course, from his other two colleagues. We are introduced to a Thomas now becoming human because he has been able to identify a human, and connect with that human – the heart softens as the connection grows stronger, and most importantly, the mind is regained. To extend this Name-play sorta allusion further we can say Thomas needed evidence in flesh and blood to feel again, and believe not only in the individual and varying capabilities of humans, but in himself as well. Also, this fueled him with an urge to unhinge all the seized minds of the “subjects” he and his colleagues had been controlling for years.  (*Resists urge to go back to1984*).

WHAT IS TRUTH AGAIN?

The school is Bethesda High School and 12 new Prefects have been appointed (this is where the story starts). We, one by one, get to meet some of the teaching staff [Ms. Adriana…Mr. Barth (please don’t tell me it’s short for Bartholomew, smh)] and maybe it is just me but there is a ‘phariseeic’ air about them that they pass down to the Prefects. The other students are…well…sheep (no?). They appear to be the keepers of what they know as Truth (Lol, which again reminded me of the Ministry of Truth in 1984) and when these “truths” are questioned, the answers are always “because that is what it says” and nothing satisfactory, at least, to Dawn; the anomaly, the nuisance, the threat, present in a system that had consumed everyone but her (and Solomon, of course). Keeping the “truth” has become so routine, so mechanic, so much that when the system collapses, and the ‘prison walls’ fall, these poor people have no clue what to do…how to live…

Ms. Adriana has no ready solution to a simple problem, Mr. Barth probably would not have a clue how to grade exams without the previously “standard” marking scheme. The prefects won’t, as basic as know how to stand on their feet. No hand rubbing their puffed-up chests, why then would they feel the need to puff it up? Their knees would be weak, would it not? The actual truth was the freedom shutting the control room down got them, but it was foreign, confusing. So I ask…what is truth again? The repeated lie? That one thing we deny? *shrugs*

What is refreshing here is, in an oppressive setting, we find a bunch of puppets, yes, even puppeteer puppets (the control room staff, teaching staff…) but We find hints of hope that calm us a bit, survivors, fighters…Thomas – we witness a miraculous regeneration of his own mind, Dawn – Dawn is Dawn Immanuel. Solomon – Wise, wise, unnerving Solomon, Matthew (who admits his losses and regrets) and even Mr. Barth (there was some trace in there). But this story tells of another scenario. When oppression falls…there are those who will pick themselves up, take baby steps, learn to use their freedom – James and Andrea did…Matthew too…the students, most of them, I hope. But there will be those so completely consumed by that oppressive system, their brains will find no room when handed back to them, they have shrunk to nothing, they sit on the floor like idiots and rock their senseless selves, bathed in tears. Jude…Ms. Adriana…there are those, and it is sad.

This is a work of fiction, but do not be fooled by that word, I know I am not…my writing and reading experiences over the years have taught me not to. I mean, come on, have you read 1984? That novel is a prophecy. This novella is some truth. My only disappointment is the cover page. I love to use my mind, and it did paint me quite vivid pictures of Dawn’s sketches, but I’d have loved to see some sketches for a cover page.

Anyway, so at the end of the read I had one major question. So…who is the puppeteer? 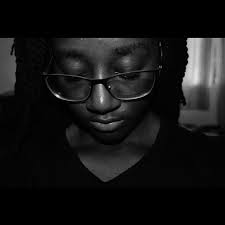